This one scene film of Jesus riding into Jerusalem was made to illustrate the Jewish liturgical poem "Hosannah" that refers to a commandment (mitzvah) practiced in the Temple in Jerusalem at the week-long Sukkot or Feast of Tabernacles. The same painted backdrop was used as in "L’Aveugle de Jérusalem" by Louis Feuillade. The film was meant to be accompanied together with a gramophone recording of the religious hymn “Hosanna” from Gabriel Fauré’s Requiem in D minor, op. 48, composed between 1887 and 1890. Both the corresponding shellac disc by Gaumont(in private collection) and the film(in George Eastman Museum) itself is almost fully preserved(except the beginning and the end).

The movie shows Jesus riding into Jerusalem in the background while a bearded man is in focus in the front, facing the camera, miming in sync the song that accompanied the film. In this way, it was an early movie with sound although they were separate.

Join all and sing, His name declare,
Let every voice resound with acclamation.
Hosanna! Praised be the Lord!
Bless Him whom cometh to bring us salvation! 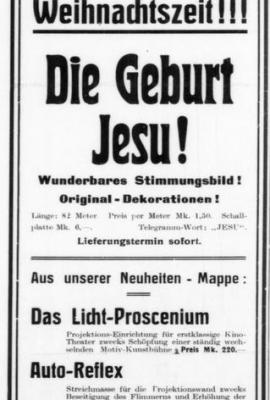 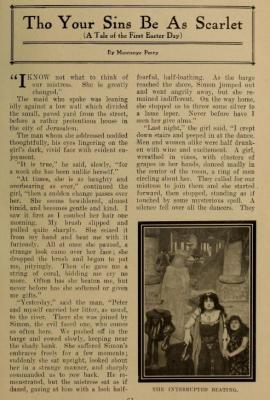