The second of "Thanhouser Big Productions," a monthly schedule, Joseph in the Land of Egypt was a true "feature" film, a new class of film which came to dominate the market by the end of 1914. A feature was an hour or more, heavily advertised, with elaborate production values, often with higher ticket prices, longer runs per theater, strongly promoted star cast and was always a drama. Thanhouser followed up on the enormous success one year earlier of THE STAR OF BETHLEHEM with a familiar Biblical story, large and highly decorated (and highly populated) sets, elaborate costumes and (something new) star promotion. Only a few "Thanhouser Big Productions" in early 1914 included specially-commissioned scores from Tams Music Library. It had been common for accompanists to improvise or use standard selections from theater and classical music, or "cue sheets" of compilations tailored specifically to the film. Beginning in 1915, the biggest features included original scores commissioned by the production studio. The performed score for JOSEPH IN THE LAND OF EGYPT is a combination of the written original music and the musician's improvisation based on its themes. This original music is a transition to the fully-composed scores introduced in Europe and the U.S. a year later. Whether it is another Thanhouser innovation is a subject for research. As in all the other titles in this Thanhouser collection, organist Ben Model exhibits the demanding and skillful art of improvisation.

Jacob, the Hebrew patriarch, had twelve sons, but the one he loved the best was Joseph, who was next to the youngest. Joseph was more obedient than the others and his father, impressed by his filial devotion, made him a coat of many colors. This sign of the father's preference angered the older brothers and they grew to hate Joseph. The older brothers journeyed away from their home with their flocks, and Jacob sent Joseph to them with a message. When Joseph came to his brothers they seized him and cast him into a pit. A caravan passed on its way to Egypt and the cruel brothers sold Joseph as a slave. The caravan took Joseph to Egypt, while the brothers, dipping Joseph's coat in goat blood, brought it to their father, telling him that they could find no trace of Joseph. Jacob, grief -stricken, believed that his son had been devoured by wild beasts and would not be comforted. When the caravan reached Egypt. Joseph was sold as a slave to Potiphar, captain of Pharaoh's guard. His master treated him kindly and placed him at the head of his household. But Potiphar's wife, resentful of Joseph's authority in the household, turned Potiphar against him and Joseph was cast into prison. In the prison Joseph's charity and kindness was enjoyed by all the inmates. Even the stern keeper liked him and gave him many favors. And when Pharaoh, wrathful at his chief butler and baker, decided to punish them it was into this prison that they were cast. The chief butler one night dreamed of a vine with three branches, which budded and blossomed, and from the clusters ripe grapes came forth, and that he took the grapes and put them in Pharaoh's cup and gave the cup into Pharaoh's hand. He asked Joseph the meaning of this dream and Joseph told him that in three days Pharaoh would restore him to his place. The chief baker also dreamed. In his dream he had three white baskets on his head, and in the top basket there were bake-meats for Pharaoh, and birds ate them out of the basket. Joseph, asked for the interpretation, said that within three days Pharaoh would hang the baker. And on the third day both predictions were fulfilled, and the chief butler, restored to his place, speedily forgot about Joseph. Two years have passed since the chief butler left the prison to return to Court, when Pharaoh himself had a curious dream. He believed he stood by the river, and that seven fat cattle came out of the river, and they were followed by seven lean cattle, who devoured the fat cattle. And he dreamed again that seven good ears of corn were devoured by seven thin ears. None of the Egyptian scholars could tell the monarch what the dreams signified, but the chief butler suddenly remembered the young slave in the prison and told of his prophesies. Pharaoh sent for Joseph and when he appeared before him, related his dreams and asked what they signified. Joseph told Pharaoh that there would be seven years of great plenty in Egypt followed by seven years of famine. He advised that Pharaoh appoint a capable officer to collect food during the years of plenty so that when the years of famine arrived, there would be provisions to sustain his people. Pharaoh, greatly impressed by Joseph, declared that there was no one as capable as he and appointed Joseph ruler over all of Egypt. During the seven years of plenty Joseph had great granaries filled with corn and other provisions so that when the years of famine followed, Egypt, unlike the other countries, would not suffer. But in the land of Canaan where Joseph's father and brothers lived, the food was scarce, and hearing of the abundance in Egypt, they journeyed there. Joseph recognized the brothers who had treated him so harshly, although they little dreamed that the personage could be their long forgotten brother. He gave them corn, questioned them as to their families, and then, keeping one of his brothers as a hostage, bade the rest return to their homes, telling them that if they desired more corn they must bring their youngest brother, Benjamin, with them. Benjamin was the brother whom Joseph loved the best. The brothers returned in dejection to their homes and told Jacob, their father, what the great lord has said. The supply of food was soon exhausted and they returned to Egypt, taking Benjamin with them, Joseph received them and gave them the food they asked for, but he ordered a servant to secretly place one of his costly cups in Benjamin's bag, and then, when the brothers had journeyed some distance from the city, Joseph's guards overtook them. The cup was found in Benjamin's bag and the brothers were brought prisoners before Joseph for judgment. Joseph fiercely upbraided them for a moment, then sending his attendants from the room, he told the brethren that he was the long lost Joseph and freely forgave them for their sin against him.

Joseph of Canaan, the first son of Jacob, is sold to a passing caravan of Ishmaelite traders by his brothers, who are tired of his prophetic dreams and jealous of their father's affection for him. The brothers dip Joseph's coat of many colors, which Jacob had personally made for him, into goat's blood and tell the grieving old man that Joseph was slain by a wild beast. The Ishmaelites sell Joseph as a slave in Egypt, and after a few years, Joseph enters the service of Potiphar, the caption of the Pharaoh's guard, and fends off his chief's amorous wife, Zelikah, who, angry over his rejection, falsely accuses him of trying to molest her. Thrown into prison, Joseph becomes friends with two former members of the Pharoah's household, and when he correctly divines one's dream that the Pharaoh will welcome him back within three days, that man, the chief of butlers, tells the Pharaoh of the imprisoned Hebrew's gift of prophecy. Joseph is brought from the dungeon, and when he corrects divines one of Pharaoh's dreams, he is installed in the royal household. Because he foretells a seven-year famine, Egypt prepares for the eventuality by setting aside stores of grain, and is thus able to avoid the famine's worst effects. However, Canaan is struck hard by the blight, and Jacob sends his sons, Joseph's brothers, to the Pharoah's governor seeking to buy corn, unaware that Joseph is their benefactor. In return for supplying them with corn (and secretly returning their money), Joseph insists that they bring their youngest brother, Benjamin, to him. When the family returns with Benjamin, Joseph provides them with a feast, but hides a valuable silver cup with the boy's sack of corn. The brothers are then seized for theft, after which Joseph reveals himself as their brother, "whom you sold into Egypt." Joseph upbraids them for their cruel treatment, orders them to bring their father to Egypt, and after a joyous reunion with Jacob, proclaims his love and forgiveness for his family. 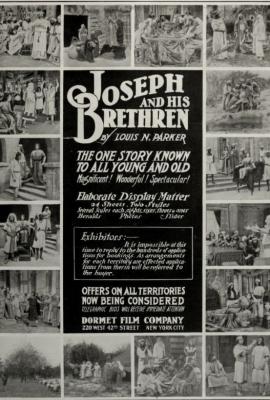 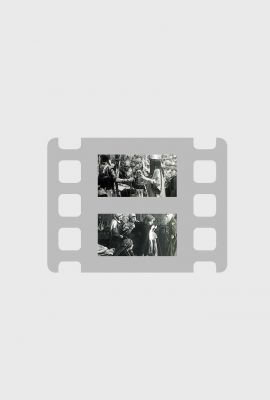 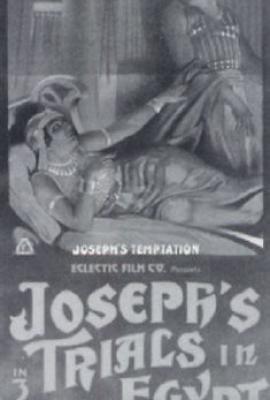 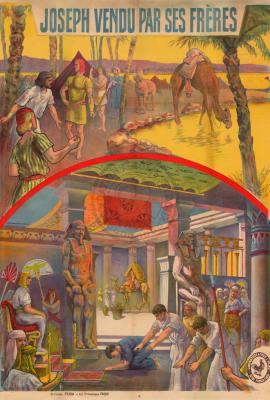 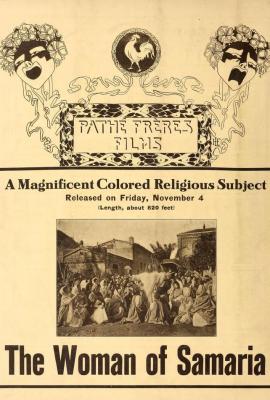 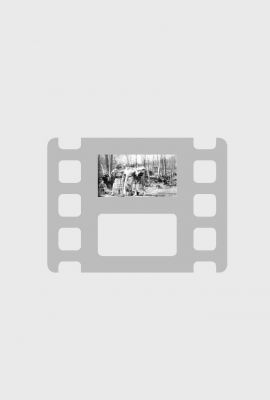